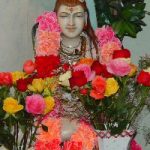 This temple was established in 1978 by Rambhakta (Lt. Shree Bhaskerbhai Patel) and other Rambhaktas. This is the first Hindu Temple established in New Jersey and serving the Indian community from 25-years. Originally this temple was an abandoned church which was later  converted into a Hindu Temple. The temple has two floor levels – Lower level and Upper level (Pooja Hall).

Is this your business?

Claim listing is the best way to manage and protect your business.